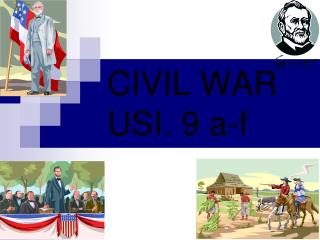 A Civil war experience - . this project is designed for 5 th grade and is part of a civil war and underground railroad