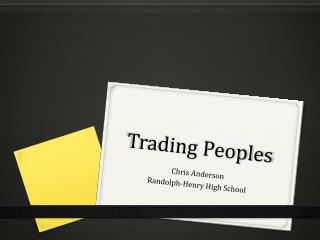 PEOPLES' - . primaries. &quot;transforming philippine politics&quot;. part 1: the situation addressed what is the

Early Peoples - . differences and cultural traditions. who am i?. part 1. archeologist. a scientist who studies artifacts

Early Peoples - . 1-1 notes. ice age. periods of very cold temperatures when part of earth is covered by large sheets of

Prehistoric Peoples - . today’s objectives. by the end of this lesson, you will be able to answer: types of early

Iroquois Peoples - . by: alexa , donna, mikaila , isabella, and emily. location. the original homeland of the iroquois

Prehistoric peoples - . when there are no written records, how do we know how prehistoric humans lived?. archaeology.

Prehistoric Peoples - . what we know about the prehistoric people we learn from anthropologists who study the remains of

Aboriginal Peoples - . students as teachers. step one. get in your assigned group and, paragraph by paragraph, take turns