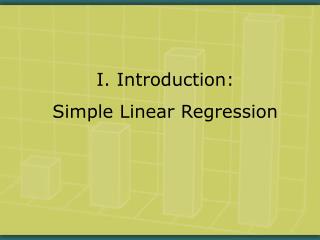 Introduction to Regression Analysis, Chapter 13, - . regression analysis is used to: predict values of a dependent

Introduction: Correlation and Regression - . the general linear model is a phrase used to indicate a class of statistical

Regression Models - Introduction - . in regression models there are two types of variables that are studied: a dependent