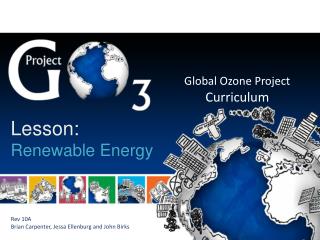 Global Ozone Project Curriculum - . lesson 6: oxides of nitrogen (no x ). rev 13. learning objectives. at the end of this

Global Ozone Project - . www.go3project.com. what is the go3 project?. a science and engineering project for high

Curriculum Project - . before beginning…. about the project. each person will be a member of two groups, a school and

Project Based Curriculum - . what is project-based learning?. in-depth learning: students encounter and struggle with

Curriculum Project Review - . by now you should have: selected a major chosen a school what now? locate a

CURRICULUM REVISION PROJECT - . 2003-2011 school years. it has not been done in over 20 years the field of curriculum,