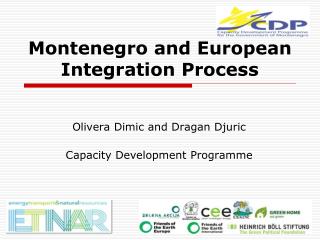 REPUBLIC OF SERBIA GOVERNMENT European Integration Office - . eu perspectives and current standing of the countries in

Judicial reform in Montenegro in the scope of the European Union integration process - . the road forward and the steps

UNDP Lithuania - The principles of partnerships: contributions to european integration and development effectiveness