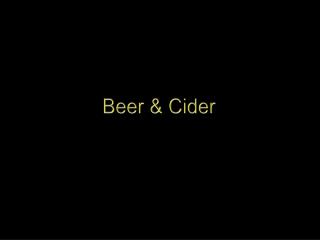 BEER - . beer is the world's the oldest and the most widely consume alcoholic beverage and the third most popular drink

Apple Cider Activity - . relevant sols : k. 2 the student will investigate and understand that humans have senses that

Beer - . helping ugly people to find the parter of their dreams since the third swig just drink it

BOCK BEER - . history and styles. what is bock?. a strong lager of germanic origin. styles include: traditional , maibock