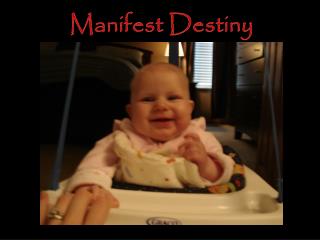 Jeopardy! - . jeopardy!. created by big daddy davis. what region of the us was the most suitable for growing cotton?. the

With your host Mr. Bass ! - . jeopardy. choose a category. you will be given the answer. you must give the correct

Manifest Destiny - . the belief that america should spread from coast to coast!. “manifest destiny”. belief that the