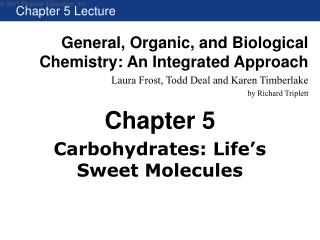 Carbohydrates of Physiologic Significance - . carbohydrates are aldehyde or ketone derivatives of polyhydric

Chapter 5: What are the major types of organic molecules? - . polymers four major classes of biologically important