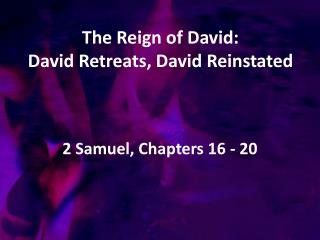 Why I am an Atheist and Freethinker - . by ed hensley presented at christian academy of louisville november 10, 2008.

David Ridout - . a purchasing professional. use page down button to advance frames. objective. a challenging position

David - . this was the summer of david!. where was david born?. bethlehem. from what tribe was david descended?. the

Les 9: Virtualisatie - . all problems in computer science can be solved by another level of indirection... — david