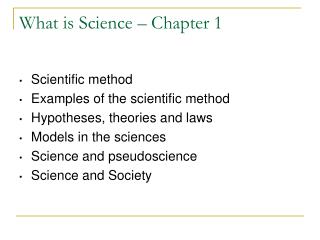 What is Science – Chapter 1

What is Science – Chapter 1