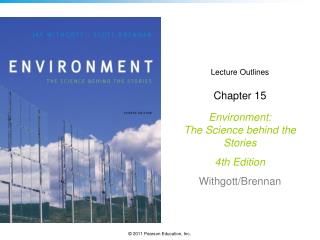 Lecture Outlines Chapter 15 Environment: The Science behind the Stories 4th Edition Withgott/Brennan. This lecture will help you understand:. Water’s importance to people and ecosystems Water’s distribution Use and alteration of freshwater systems Problems of water supply and solutions