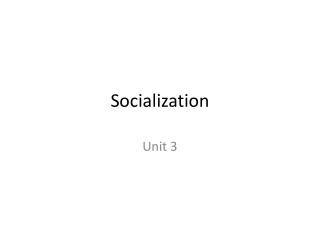 The Cognitive Dog - . class 8: temperament and puppy tests. agenda. papers next week finishing up from last week on

Topic #3 Political beliefs and behaviors This powerpoint is available at mrsinghcchs.weebly.com/ap-us-government-review

Socialization - . how society effects human development, nature v. nurture, are we prisoners of socialization. what is