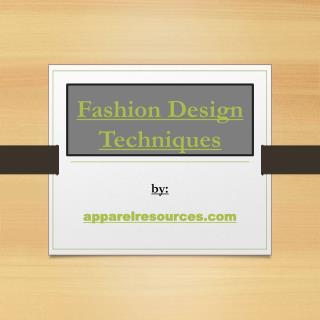 The Fashion Guide to Buy Kids Wear - Shopping for kids wear can really be a challenge for parents. today’s children are

Fashion jewellery online - Tajpearl.com provides easy to navigate platform to make it easier for the shoppers. at the

Elements of Fashion Design - . ctef fashion design unit. fundamentals of design. lines - these act as a border between

Fashion Frenzy - . 100 years of clothing history. what is fashion? . there are 3 basic components of fashion: 1.) a style