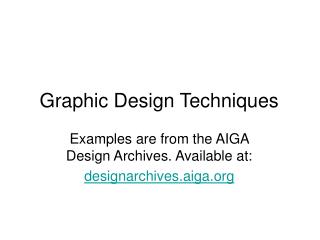 The Worldwide Graphic Language for Design - . chapter 1. objectives. describe the role of drawings in the design process