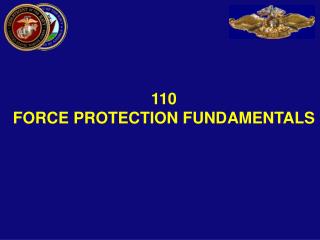 PROTECTION FORCE - . introduction :. protection force – the main theme of introducing this force is to stop the

Force Protection - . **definition of terrorism. “the unlawful use or threatened use of force or violence against