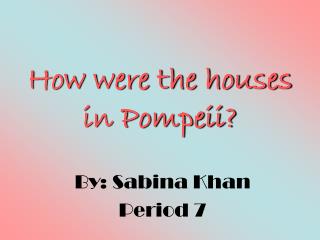 What were the buildings like in London in 1666? - . these types of houses are called tudor houses because that was the

THE POSTWAR BOOM - . the american dream in the 1950s. #1:suburbs are born. after wwii, returning vets faced a severe

THE TOMBS OF POMPEII AND HERCULANEUM