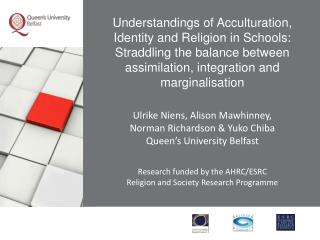 Understandings of Acculturation, Identity and Religion in Schools: Straddling the balance between assimilation, integrat Understandings of Acculturation, Identity and Religion in Schools: Straddling the balance between assimilation, integrat

The Straddling Bus - . presentation by: ulan ospanov lance wagner. named one of the top 50 inventions of 2010. the design

Understandings of Atonement - . 1. what is atonement? 2. seven models of atonement. axis interpretation. at-one-ment: the