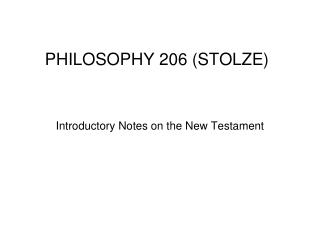 PHILOSOPHY 206 (STOLZE). Introductory Notes on the New Testament. A Key Distinction. Bible Studies = devotional or ritual use of the Bible from the standpoint of committed faith