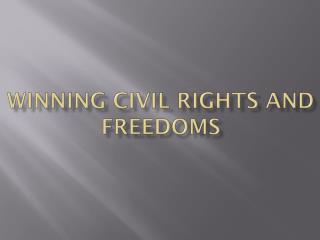 Winning civil rights and freedoms. Laws in the 21st Century:. Laws in Western societies guarantee the same rights to all persons, whatever their sex, race, ethnic origin, religion or sexual orientation. These groups had to struggle to win equal rights.