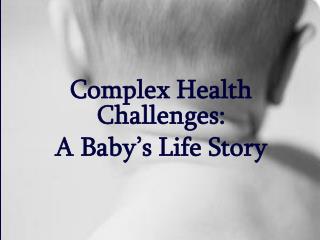 Complex Health Challenges: A Baby’s Life Story. Jessica Potts is a 32 year old woman who is pregnant for the first time. She is working full time but she and her partner, Susan, are just making ends meet with the expenses for IVF. .

A Patient with Pancytopenia - . history: part 1. a 34 year-old woman is seen by her dentist for bleeding from her gums.

Recessions and employment - . disappointments of the boom. policy induced substitution. so what are the bottom lines?

Internal Herd Growth and Heifer Programs: Keep Them Alive and Get Them Pregnant on Time - Mike van amburgh, jerry

Introduction to Pediatric Nursing - . who is the patient?. 6 year old female admitted to the hospital with a diagnosis of

Cardiac Arrest in the Obstetric Suite - Case summary: 1. a 40 year old woman, 37 weeks pregnant with twins arrives at the

The Tomcat Tool - . for rigging up smaller id bops to a drilling or workover bop stack. what does it do?. crosses over