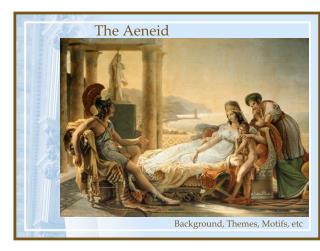 Augustine of Hippo 354-430 CE - . autobiography confessions: a emulatio of the aeneid by virgil. 13 books (one more to

Classical Literacy Level I - . part i. adriatic sea :. an arm of the mediterranean sea between the balkans and the

Augustine of Hippo 354-430 CE - . autobiography confessions: a emulatio of the aeneid by virgil. 13 books (one more to

The Fates and the Roman gods - . what is fate? what was their role in the aeneid ? the roman gods and their greek