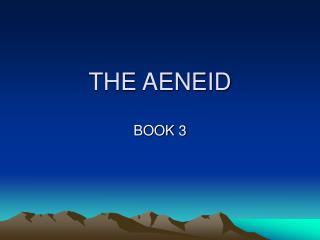 THE AENEID. BOOK 3. BOOK 3 VS. THE ODYSSEY. Book 3 has aspects that imitate that of the earlier epic – The Odyssey.