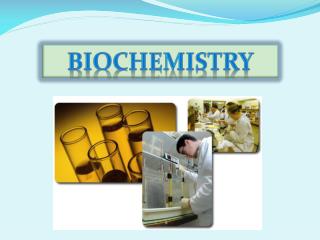 Chapter 5 Metabolism of Lipids - . the biochemistry and molecular biology department of cmu. concept. lipids are

Biofilms - . microbial biochemistry. definition of a biofilm. biofilms are communities of microorganisms in a matrix that