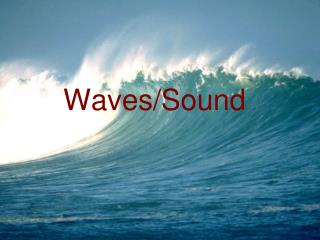 Waves/Sound. The Nature of Waves. What is a wave? A wave is a repeating disturbance or movement that transfers energy through matter or space. Waves transfer energy not matter. The water waves below are carrying energy but are not moving. Waves can only exist as they have energy to carry.