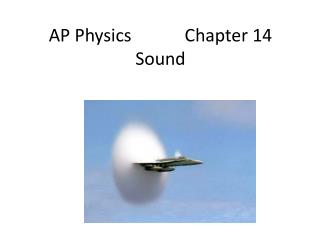 PHYSICS – Sound - . learning objectives. what is a wave?. a wave is an oscillation that moves through space,

AP PHYSICS - . an object is placed at a distance of 1.5f from a converging lens of focal length f, as shown above.