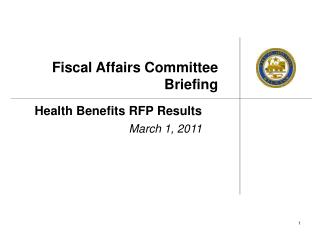 Fiscal Law Briefing - . draft 12/18/02. background. fiscal law is the body of law that governs the availability and use

BRIEFING TO SELECT COMMITTEE FOR SECURITY AND CONSTITUTIONAL AFFAIRS - 2. background. the committee was, together with