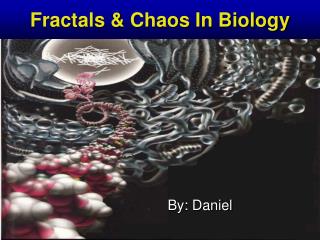 Chaos and Fractals - . by john como. benoit b. mandelbrot. coined the term fractal from the latin word fractus meaning

Fractals - . what do we mean by dimension ? consider what happens when you divide a line segment in two on a figure. how

What is a Fractal? - . a fractal is a mathematical object that is both self-similar and chaotic . self-similar: as you

Fractals in Computer Graphics - . fractals are special type of mathematical functions that give rise to stunning images

Fractals - . a lesson for 3 rd grade rose horan . click on me! cali the alligator !. where do you want to go?. click on

Fractals - . what are fractals? who is benoit mandlebrot? how can you recognize a fractal pattern? who is waclaw

Fractals - . two important properties of a fractal f f has detail at every level. f is exactly, approximately or

Fractals Of The World - . by leslie ryan. common terms. iteration- to repeat a pattern multiple times, usually with a

Fractals - . &quot;clouds are not spheres, mountains are not cones, coastlines are not circles, and bark is not

Fractals - . part 1: in which we attempt to describe what a fractal is, because people will ask (but perhaps they will

What are fractals? - . what if you view the lake michigan shoreline in google earth from space? what would you see?. what