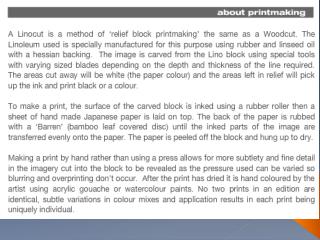 Relief History and Facts. The first relief prints can be found in cave paintings. Early man would dip his/her hands in pigments then touch the cave walls. Your fingerprint is an example of a relief print even a muddy footprint can be considered a relief.

What is SMA? Goals History Challenges Some facts How do we use videoconferencing? - Modes - Agenda. what is sma? goals

INTERMEDIATE CERAMICS - . relief sculpture and narrative. the coins we use everyday are good examples of bas relief.

Refractometry and Relief - . in this lecture what is refractometry immersion method relief types of relief relief in

Contours - . learning objectives: · to understand how we can show relief on a flat surface. · to be able to use contour

S porty Sport Relief - . sport relief went very well ! from all the activities the yr 6 boys organized we made more than

Awesome facts about are history  - . by:jacky baeza. who was henry clay

Poo Facts… - . average amount of stool excreted per day is about a pound one poop a day is ideal however 2 - 3 times