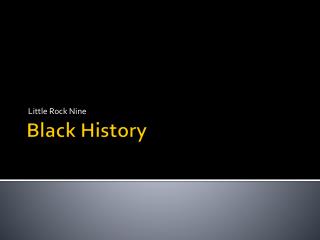 Little Rock Nine. Black History. Who are they. A group of African American students enrolled in Little Rock Central High School in 1957. Black History Week - . during black history week we have learnt about amir khan. he is a famous boxer from england and