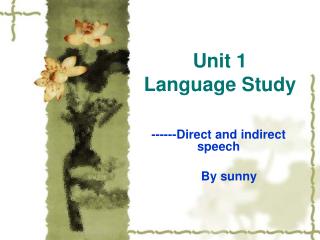 The sounds of language - . phonetics and phonology. preview : phonetics. how are speech sounds made ? how does sound

Science, Energy, and the Environment - . final exam review. areas . 1. all of the following are forms of indirect solar

Board Review 4/30/2013 - . disorders of cognition, language, and learning. test question. which topic would you prefer

The Development of Language - . chapter 9 language and communication. how do we develop the ability to communicate?.