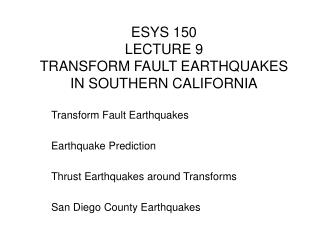 EARTHQUAKES IN CALIFORNIA - . california has had many earth quakes some were big and some were small. two of are the

California Earthquakes - . why an earthquake can cause so much destruction . http://