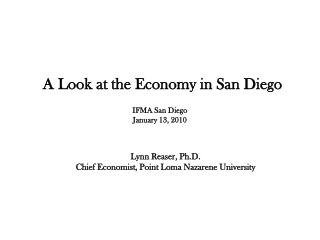 Transfer Student Attrition and Retention at Point Loma Nazarene University - . by jovonne m. dempster soon to be ba in

POINT LOMA OPTIMIST CLUB - . who we are. our club is just one of 3,800 optimist clubs throughout the u.s., canada, the

Steven N. Weisbart , Ph.D., CLU Vice President and Chief Economist - The aging of the u.s. population and the

A Housing Market with a Rent Ceiling - . a price ceiling or price cap is a regulation that makes it illegal to charge a