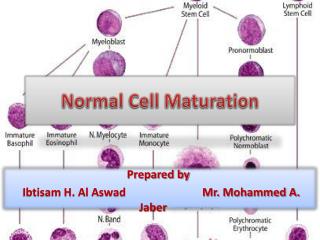 Stages of Development of Blood Cells - . dr. sama ul haque. objectives. understand the composition of whole blood. how to

NORMAL HAEMOSTASIS: - . it is a complex process depending on interaction between vessel wall, platelets and coagulation

DIFFERENTIATION AND MATURATION OF T CELLS IN THE THYMUS - . a. a. regulated t-ce l l differentiation. apc. cd4+ cd8+ tcr.

Processing and maturation of an N-glycan - . essentials of glycobiology . chapter 8, figure 4. second

Maturation - . maturation is the orderly sequence of biological growth by which an organism develops over time, both

The Hobbit : Bilbo’s Maturation - . chapters 1-12 – points of significance. chapter 1: an unexpected party. in