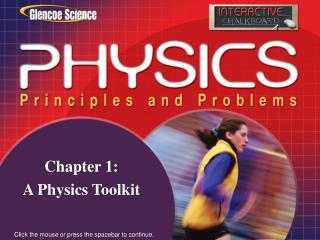 Chapter 1: A Physics Toolkit. Click the mouse or press the spacebar to continue. Splash Screen. In this chapter you will:. Use mathematical tools to measure and predict. Apply accuracy and precision when measuring. Display and evaluate data graphically. Chapter Summary. How to create a Splash Screen in MS Access - . carlos coronel. create the graphic. most splash screens have some type of

Splash Screen - . you have already found the areas of rectangles and triangles. (lesson 5–1). find volumes of prisms.

Splash Screen - . a war on two fronts (cont.). while one group of soldiers attacked san juan hill , the rough riders ,