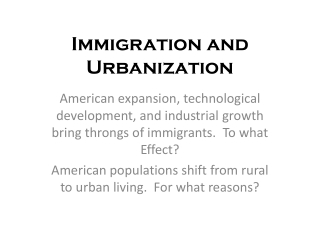 Immigration and Urbanization. American expansion, technological development, and industrial growth bring throngs of immigrants. To what Effect? American populations shift from rural to urban living. For what reasons?. Population Boom. An Introduction to “Fire Fighting” - . fire is a serious hazard in india and on an average about 25,000 people dies

Water Supplies for Fire Protection Systems Buddy Dewar Vice President NFSA - . what is a fire line and what