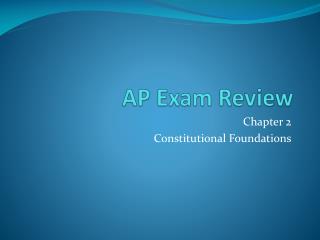 AP Exam Review - . literary terms. synecdoche. figurative language in which part of the whole is used to represent the

AP Government Exam Review - . 51-55 emily garnier. 51. implied powers. powers that are not expressly written in the

AP Exam Review Project - . drill. what does â€œ emf â€ stand for? what are the units for emf ?. objectives.

AP Exam Review Competition - . first to finish calls “15 seconds”. answers must be written down &amp; then

AP Final Exam Review - . harry harlow experiment. the young monkeys for the most part ignored the wire mother, even if