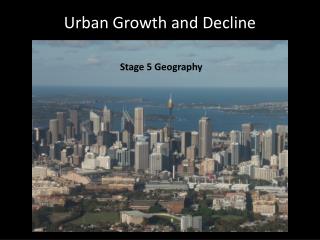 Population and Urban Growth - . at the beginning of the 19th century, the united states was a nation of farms and rural

Industry and Urban Growth - . he perfected a system to mass-produce cars and make them available at a lower price. who is

What causes population growth and decline? - . growth we have discussed how a lack of wealth leads to population increase