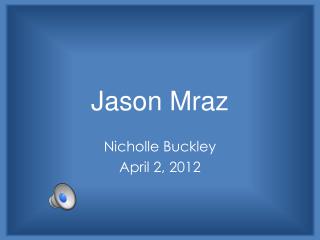 Jason and the Golden Fleece - . retold by: cameron lewis david o’bright alexander troy. one day a guy named jason was

Carrie Underwood - . carrie underwoods net worth is 45 million. pepsi center. if we put a dollar on each seat, on the

FUN - . with. chunks. figment. i didn’t see anything in the shadows, it was just a figment of my imagination. what is a