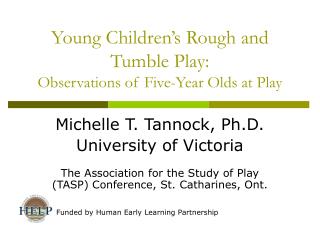 MINITON - What is miniton? badminton for very young children 4 – 8 years technical training only why miniton be sure

Literacy and Reading Difficulties in Young Children - . partially adapted from letrs, language essentials for teachers of

Identify and respond to children and young people at risk - . chcchild401b. training focus. roles and responsibilities

The Life of Andrea Young - . overview. family members what i like to do goals for the years to come my favorites. my

Pass The Peaches - . please (and thank you). preschool mealtimes. how pleasant and positive family-style meals in

Unit 10 Caring for Children and Young People - . you have 10 seconds to name…. 5 chocolate bars. caring for children in

Supporting Young Children’s Learning: What, When, and How do They Learn? - Presented by dr siat yeow, kok. what’s

Make Way for Movement - . kathy fry. children have an insatiable desire to move. how can we use this natural character