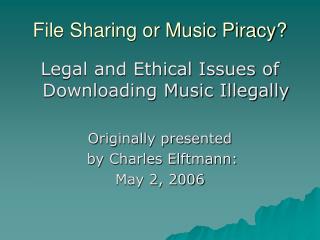 Pogoplug File Sharing - Http://www.thewholesalespot.com/pogoplug share your files and multimedia with ease while having

File Sharing System - . introduction. the file sharing system is a an application by which we can share our files like

Link Sharing or CBQ - . link sharing controls the distribution of bandwidth on “local” links each class receives a