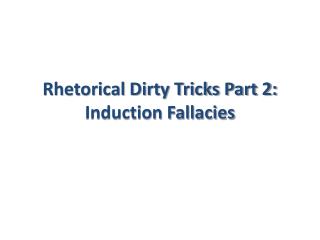 Back to School with God Sunday is part of the Schools Prayer Network - . the school prayer network is designed to

Fallacies of Weak Induction - . introduction. the key characteristic of these fallacies is that the connection between FALLACIES OF WEAK INDUCTION - . connection: connection between premises and conclusion is not strong enough to support

Cultural differences in the perceptions of strong and weak arguments - . jos hornikx. arbitration and argumentation.