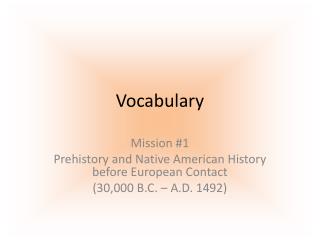 VOCABULARY WORDS TRAPPED BY THE ICE - . please go over the definitions for these vocabulary words with your student.

The Most Dangerous Game Vocabulary - . tangible. capable of being touched; discernible by the touch; material or

The Vocabulary Mapping Framework matrix - . gordon dunsire presented to the workshop on conceptual modelling for

Unit 7 Vocabulary: The Choice to be Amish - . most definitions and example sentences are taken from either the merrium

Lesson Three Vocabulary Words - . story: my librarian is a camel. isolated. to keep apart from others. the sick boy was

Project Mulberry Lesson 18 Vocabulary - . phobia. -to be terrified of something without h aving a good reason of the

Vocabulary - . bringing words to life. rationale. a large, rich vocabulary is the hallmark of an educated individual a

IMPROVING VOCABULARY SKILLS - . chapter 13. ten words in context. curtail upon hearing reports of a tornado, the

Boom Town Vocabulary Review Activity - . directions:. one student stands with back to this presentation. the class gives

Vocabulary for Leah’s Pony - . word knowledge unit 6, lesson 3. what do these words have in common? fine finer finest

Vocabulary Words for Owl Moon and Owls - . 1. read each word 2. choose the best definition for each word 3. click next to