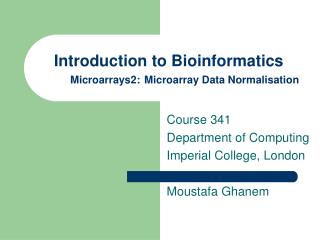 Gene Expression and DNA Chips - . based on slides by ron shamir.