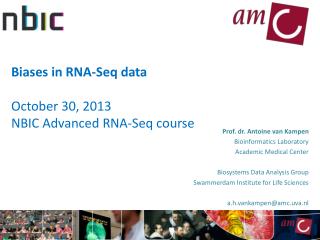 Biases in RNA- Seq data - . transcript length bias. two transcripts of length 50 and 100 have the same abundance in a

RNA-Seq datasets - . dan lawson. new buzz word (old data). in the beginning there were ests... and then there was roche

Applications of RNA-Seq - What is rna-seq? regulation of gene expression is fundamental to link genotypes with