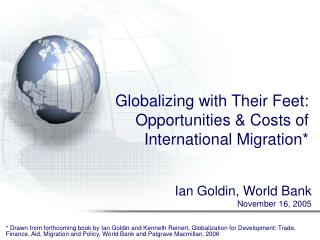 ECOWAS Programmes and Activities on Migrations issues - . establishment of ecowas. created on may 28, 1975 with the

Manifest Destiny - . 1800-1850. manifest destiny. section 1 migrating to the west what were the causes of westward

Europeans in the Americas - . be sure you have your book. the spanish and portuguese in the americas. explain how

Microsoft Exchange 2013 Sizing – An Information Behind the Guidance - . about me – charles derber. have been working

Tracking the genetic legacy of past human populations through the grid - . nicolas ray university of bern / cmpg