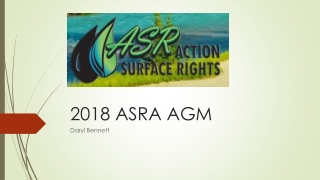 2018 ASRA AGM. Daryl Bennett. Wind and Solar Farm Concerns. No right of expropriation for solar and wind in Alberta There is no Orphan Well Association for Wind or Solar (contract should require a “ring fenced” deposit).

AGM - How did odysseus stay so faithful to the gods?. agm. may 2012. how did telemachus finally find his father?. how did

2011 AGM - Highlights of the year. around 300 children have benefited from the support of our volunteers during the