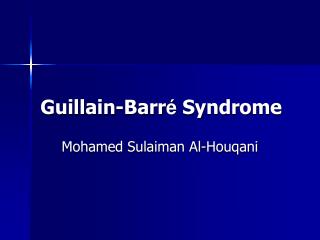 Guillain-Barre Syndrome (Polyneuritis) - . presented by: gari dee glaser. what is gbs?. a disorder in which the body’s

Right Horner’s Syndrome-Where can the lesion(s) be? - . representative of case history #2 guillain-barré syndrome