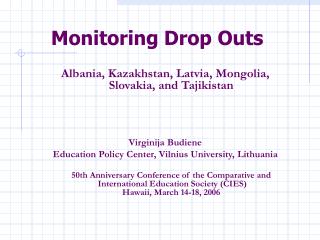 Drop outs - . by oksana miroshnichenko and brooke dremann. drop·out. a person who has abandoned a course of study or who

Drop-outs in Poland - . early school leaving. esl can be defined as a failure to complete upper secondary school, a

Reducing the Risk and Cost of Contact Lens Drop-Outs - The facts.

drop - . bounce. glide. activities from tammy worcester ’ s books. this is my cat, chasing his tail. will he catch it,