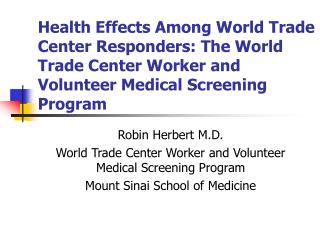 The Smoking Gun? - . world trade center building 7. context for this presentation. how many of you have heard of world

Longer-Term Forecasting of Commodity Flows on the Mississippi River: Application to Grains and World Trade - . project

MECHANICS OF PROGRESSIVE COLLAPSE: WHAT DID AND DID NOT DOOM WORLD TRADE CENTER, AND WHAT CAN WE LEARN ? - . zdenĚk p.