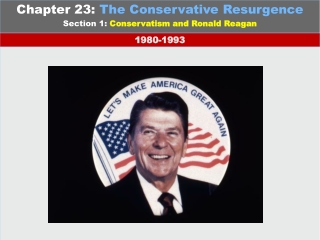 Describe the differences between liberal and conservative viewpoints.

1. Objectives. Describe the differences between liberal and conservative viewpoints. Analyze the reasons behind the rise of conservatism in the early 1980s. Explain why Ronald Reagan won the presidency in 1980. Terms and People.

Describe the differences between liberal and conservative viewpoints. Unpacking the TEKS/EOC - . give me the right strategies i can teach the world. merry lobrecht

National History Day One Day Can Change the Course - . program overview. each year, more than half a million students,

The Middle East Called Southwest Asia in your textbook - . why is it called the middle east?. middle east refers to the

Chapter 6 Leading the Data Teams Process: Standards, Assessment, and Instruction - . the teaching and learning cycle in